We Should Never Lose Hope 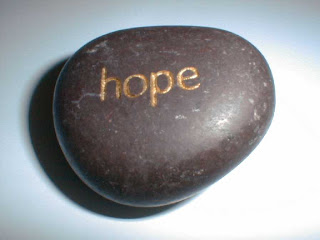 I had an occurrence that was pretty troubling the other night. I had contact with a prostitute who had just become the victim of a crime. She stated that she had been prostituting for about seven years and she had recently been trying to quit. She admitted that she sold herself for crack money. She stated she had been in and out of rehab so much that she knew what she had to do but she doesn't seem to have the will power to get off of the drugs. She stated that she hates herself for what she does and that she has just about run out of hope.
Here's the thing about being a cop. You become jaded. People lie to you all time for all sorts of reasons and you always have to keep your guard up. I realize that this girl may have just been saying what she thought she needed to say. She really did not have any reason to lie though. She had already admitted to prostituting. I was just really taken back when she said she was almost out of hope.
We can never allow ourselves to be hopeless when we are down. Oh sure, we might give up hope that God will help us win the lottery or that the Chiefs will make it to the Super Bowl this year. It is very possible to lose hope in receiving the exact thing that we want. But we must never lose our hope in God.
It's hard to be positive all the time. All types of things happen. You lose your job. You get bad grades in school. Your spouse leaves you. Friends lie to you. There are just a million and one things that will beat down on you and make you feel miserable. I cannot even begin to give a reason why bad things happen. Maybe sometimes it's the devil attacking us. Maybe sometimes it's God trying to make us stronger. Maybe sometimes it's just life. I do not know.
What I do know is that we must always have hope in God. He made a promise to us and he does not break his promises to us. As long as we accept him and do separates ourselves from him through sin, then we shall spend eternity in His presence.
If we lose hope then we will fail. Without hope for this eternal reward, we will stumble. We will sin. We will choose our will and not God's. But God is a merciful God and he will always forgive us as long as we seek his forgiveness. No, we should never lose hope.