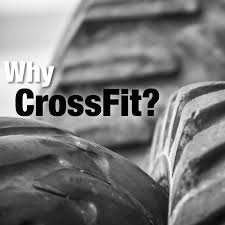 Last week when I weighed in on Day 90 of my 30 day Paleo Challenge, I learned in I have lost 23 lbs and about 4% body fat.    I was pleased with my results and I did what any red-blooded American would do.  I posted it on social media. Since then I've had several people ask me how I did it.    I give them the short, but what seems like a cheap answer--CrossFit.   There is more to it than "CrossFit" only because CrossFit itself contains so much.   If I had to break it down simply there are three things that attract me to CrossFit and have helped me on my journey.

1. Fitness-- When people think of CrossFit they think of the CrossFit games.  The problem is, they imagine shirtless behemoths doing crazy workouts that should not be humanly possible.   Yes, a large aspect is fitness.   But the images men and women who could stand in as Greek God's should not be what you think when you think of CrossFit.   The image you should picture are average people of all ages, genders, shapes and condition getting off of the couch and doing "constantly varied, high-intensity, functional movement" and doing it across "broad times and modal domains."    Simply put-it's a variety of physical movements that help us get healthy and be able to do what we need to do to function in life and keep us out of the nursing home done in a way that anyone can do.

2. Nutrition-- While people think of working out when they think of CrossFit, they are missing a big part of it.   The foundation of CrossFit is nutrition.    Yeah, you'll get stronger and faster if you just workout but you will not make the gains that you want without focusing on nutrition.    The nutrition component is very simple but not necessarily easy.  I requires us to stop eating bad carbs and the sugars we are addicted to.     Eat meats and vegetables, nuts and seeds, some fruit, little starch and no sugar.   And to take it to the next level--keep intakes to levels that support exercise but not body fat.   I had been back to the gym for several months, but my journey did not start in earnest until I focused on nutrition.

3. Community--  The third side of the triangle of CrossFit that has helped me on my journey is "community."    The CrossFit community is all about support and encouragement.   The mutual suffering everyone goes through in the daily workout creates a bond and that bond creates a community.   It's a community that does not leave anyone behind nor forget anyone.    In many gyms you may go, everyone is in their own world, ear buds in plugging away on the treadmill.   In my community, I can count on everyone to encourage me to do my best and keep moving on.   I can rely on messages from people when I've been gone awhile wondering where I am and encouraging me to get back to the gym.   It's this support structure that has encouraged me.

CrossFit is pushing me to get healthier.  It is encouraging me to get fitter.   And it is making my journey a fun one.

This season on HBO's show "Hard Knocks" followed the Cleveland Brown's during training camp.   In the first episode, linebacker Christian Kirksey, tells his teammates to take out a piece of paper and write down their "why?"   Why do they play football?   Then take that paper and put it on their nightstand, on the ceiling, wherever-  so that it's the last thing they see when they go to sleep and the first thing the see when they wake up.  Is it for the money?  Is it get family out of their situation?  Because football is your life?  That why they are reminded whenever things get tough.

Find your why he says.   At the end of the episode, players were in their hotel rooms.  Writing down their why and putting them wherever. 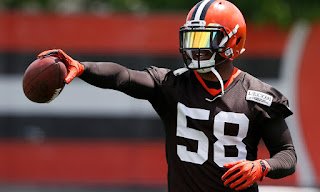 So what is my why?  Why am I on this journey?  Why am I trying to improve myself physically, mentally, emotionally and spiritually?   Is that one question or several?   I think for me--it is several questions that can be boiled down to one answer.

To get to that answer, we have to go back to my childhood--to when I was five years old.   My grandpa was the Cubmaster for the local Cub Scout pack and I was so eager to join.  As a brand new wolf cub, one of the first things things you learn is the Cub Scout motto--"Do Your Best."

Somehow in today's world, that's meant as if you do your best you'll win and get a participation trophy and somehow no one loses!   That's not what it means though.   As a only child of a single mom in small town America "Do Your Best" meant things are going to be tough.  You are going to face your own "Hard Knocks" but always do your best because that's the only way you are ever going to succeed.   There are no participation trophies.   No free rides.  No handouts.  The only way to succeed is by doing your best and at the end of the day, even if you've done your best and failed, you can take pride in the fact that you put in the hard days work.

But does that answer the question--What is my why??  Yes--my "why" is because I was raised to always do my best.   I was raised to become the best version of myself.    I must continuously work on myself and better myself.   I owe it to my family and my loved ones.   They don't care--they love me for who I am--but I still owe it to them to strive to become better.  And I have a long road ahead of me.

And that is not easy by any means.   There is also a self-destructive nature to myself where I don't do my best and I end up making things more difficult for myself.   I am very lazy and that's what led to my health issues as well as my spiritual issues and family issues.     Every day is a challenge.

That was the point of Christian Kirskey's exercise.   We need to be reminded of what our "why" is even if it means writing it down and posting it on your ceiling where you can see it when you wake up.

I've always used this blog as a little peek inside my spiritual journey.    I've fallen out of the habit of blogging over the years partially because my spiritual life was crap but also, because of my career, I am hindered by what I can say on a forum such as this.    There are people who would take something  I believe or an opinion I have and twist and turn it and potentially use it against me.  It's also difficult to come up with different topics about what's going on in my spiritual life without sounding like a broken record.  I still leap the same hurdles, have the same vices and sins that I've always faced.

Therefore, I'm going to expand on the blog and talk about my journey as a whole--not just spiritual, but my journey to improve my health, my physical capabilities, emotionally, mentally, as a father, a husband and as a person.   This blog will serve sort of as an open journal into my life that maybe can motivate others as well as myself by the act of journalling.

I think I am at good place right now.   I have goals set that I am slowing making but with a long long road ahead of me.  Ironically, this all was set in motion by being in poor physical health and it was that poor physical health that helped me raise a sinking ship on the mental and spiritual health I was facing.

In July of 2015, I went to my doctor for a routine physical and was diagnosed with pre-diabetes.   I faced that by continuing my diet of fast food and not working out.   It really came as no surprise when, in August, 2017, a follow up physical showed I had full blown diabetes.   The good news was, I didn't need medication but I could deal with it with diet and nutrition.    I started doing better.   I cleaned up my nutrition.   I actually made it to the gym.  I did well enough that three months later the doctor said he would not have to see me again for six months.

In those six months, I fell back off the boat and stopped going to the gym and ate fast food as much as I did in the past.  As a result, my health markers also crashed.  My A1C, which measures your blood sugar over time, rose from 6.7 (which is considered controlled) to 8.3 (which is not controlled.)   As a result, I got put on 2000 mg of metformin daily.

The side effects of the medications as well as other effects of the diabetes, that were already occurring to me such as skin conditions and signs of kidney disease have encouraged me to get my act in gear.    I've made to the gym more times in the last six months than I have the last 2-3 years.   In the last three months, I've eaten clean about 85% of the time and lost about 20 lbs.

So, this is my journey--one that I'm dedicated to and become pretty opinionated about.    And this is my invitation to you to peek in and see what's going on and hopefully become encouraged to make changes in your life.