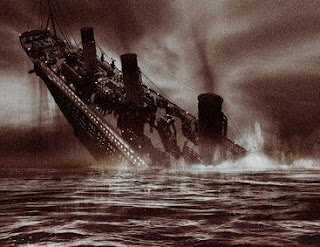 Stations of the Cross (Fit)

Last week, for the first time in forty years, I did the Stations of the Cross after it was suggested to me by a priest.  I didn't do them in the traditional way that you think of.  I didn't do them in a church while in front of a statue or an image of the different stations.  And I wasn't on my knees nor was I really actying reverant in any particular way.  I did the stations of the cross while doing my workout of the day. 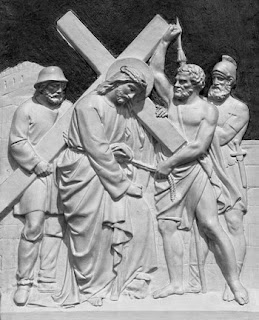 I've been doing CrossFit for the last two months.  CrossFit is not your traditional workout that you do in your typical gym on a treadmill or a weight machine.  CrossFit combines cardio, gymnastics and Olympic lifting into a functional, varied and intense workout creating some of the fitess men and women of the world (yes, I've drank the CrossFit Kool-Aid.)

The workout I did, named "Del" (named after US Army 1st Lt. Dimitri Del Castillo who was killed in Afghanistan in June, 2011).   The workout is comprised of nine different parts.   Between each part, I stopped, read the Bible verse and the reflection and while working out---meditated as best I could.   The workout was for time and consisted of

I was a tough, tough workout.  I stopped the timer during the reflections and it still took me 55 minutes to complete. (Remember--I'm fat, old and out of shape)  It was a unique way of doing the Stations and yet a very intense way of doing it.  It was a way of understanding the suffering that Jesus went through and the love He had for us.   For instance:
--while during the burpees, I was nervous and apprehensive about what was to come
--running with a medicine ball I was able to begin to imagine the physical pain of Jesus carrying the cross
--I was able to understand the love Jesus felt when he met the women when "Jesus meets the women of Jerusalem" when I would pass people and they would offer me support and encouragement
--I was able to understand the exhaustion Jesus had when he fell with the cross
--I was able to understand what a loving act it was Veronica wiped the face of Jesus as the sweat ran into my face.

Now, I'm sure some are shocked and aghast and my perceived irreverence and thinking that I'm comparing my CrossFit workout with what Jesus went through at Calvary.  That's not what I'm saying at all.  And I'm not saying this is necessarily a good way to do the Stations of the Cross.  I'm saying, that I think we take for granted exactly what Jesus went though for us (or at least I do)  I'm saying that it was a good excercise for me--physcially and spiritually--because I realized that I had not been betrayed, abandoned, scouraged, beaten and condemned as Jesus had been. I knew that in 30 minutes, I was going to be sipping my protein drink and sitting at home in front of the comptuer.   I realized that Jesus did that all for me.  I don't think I would have realized that while sitting in a quiet church.  I only came to that realizeation by sweating, panting and suffering.

What is your expereince with the Stations of the Cross?  Are you doing it on this Holy Week?