Last weekend, I was fortunate enough to attend the Kansas City Catholic Youth Conference (KCYC.)  It was an amazing time with key-note speakers Sean Dalton and comedian Judy McDonalds.  By Sunday afternoon I was spiritually exhausted (from great mind blowing ideas by said speakers and an incredible time of adoration) and physically exhausted (I felt like I had wrangled cats all weekend)  I have been involved in youth ministry for nearly a decade in some form or another.   I first started out helping out in senior high youth group as a way to offer my time and talent since I didn't have a whole lot of treasure to offer.  What has developed is a real passion for sharing my faith with teens.   Why??  Some of you may say, "Because you are crazy!  That's why!"  So here are my top ten reasons why I love youth ministry:
There are many types of ways in the church that you are able to serve.  Maybe your thing is going to nursing homes to tend to the elderly.  Perhaps you have a passion being involved in prison ministries or the homeless.    None of those sound appealing to me in the least.  Perhaps, I should  try one of these ministries that aren't appealing to me.   Perhaps being taken outside of my comfort level would be good for me spiritually.  Perhaps.    For now, I'll stick with youth ministry and enjoy it.

I've been holding something back from many people for the last several weeks.   Very few people knew about it but I'm finally throwing it out there----I'm a diaconate drop-out.   Yes, I've discerned that the diaconate isn't for me--at least not at this point in my life.
I'd been contemplating the diaconate for over two years.  For the longest time I seemed like something I could be really good at--and I do think I would be a good deacon.

But every since the first get together dinner back in February I have had uneasy feelings about it.  I had decided to stick it out throught the aspirancy because I didn't want to be running away from God. And then some sort of diaconate function would come up.  I would get incredibly uneasy.  I wanted to be ANYWHERE but there.  I think if I'm doing something that I am passionate about and that would be life changing like ordination I should be excited about it.  I was anything but excited about it.
It seemed to have turned my faith into a job or a chore.  I want to pray because I want (or need) to pray, not because I'm directed to.  I want to volunteer how I want to volunteer.  I want to worship when and where I want to worship not where someone else tells me.  I want to dress how I want to not the way someone else tells me.  I want to blog how I want without the fear of being second guessed.   I realize that doesn't say a lot about my obedience but it's how I feel.
Interestingly enough, I made my decision at my Cursillo weekend back in September.  I realized that the formation process just doesn't fit into my life right now.  The week-end prior to my Cursillo, I had to be up for over 24 hours for a formation event.  Then, I had to move days off for this Cursillo weekend  (that I was doing as a retreat for the diaconate) and ended up missing a ton of time with my family and was just overworked.  I just couldn't do that for four years.
When I would think of the diaconate I would be stressed.  When I would imagine myself out of the diaconate I would be at peace.  I think that was Gods way of telling me that it isn't my calling.  I don't think its the devils doing.
Interestingly enough, my Cursillio weekend had another impact on my discernment.  I was able to see and experience these incredible Holy lay people.  I realized that there are other ways that I can win souls for God.  I don't have to be ordained to further my spiritual journey or to become a saint myself.  I have a passion for youth ministry.  I have touched many people with my blog. I don't need the diaconate to become more holy.  There are pleanty of pious lay people.
I will say that I'm glad I went through the process.   I met plenty of great people.  It is a great aspirant class.  The Diocese of Kansas City-St. Joseph is very fortunate.   I would definately encourage anyone who feels that ping from God to check it out and discern if it's for them or not.
I won't say that the diaconate is totally out of the picture.  God may have planted the seed in my head for a reason but right now just isn't the time for me.  Maybe in five years.  Maybe in ten years.  My family will all be older.  I may be in a position where I have a Monday-Friday position on the police department.  Who knows.   I do think I would be a really good deacon.  Now is just not the time. 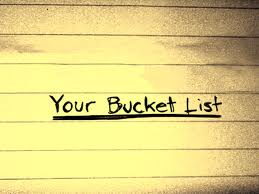