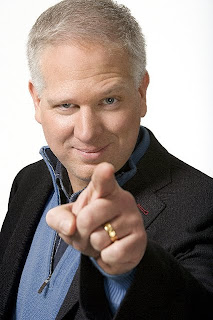 The United States Council of Catholic Bishops (USCCB) have highlighted seven themes that are the heart of Catholic teaching. These themes are more fully described here. They are

One interesting thing that I got from this video we watched Saturday morning was that even though God focuses His attention on the poor and wants us to do the same it doesn't mean that he loves the poor more than he loves the rich. It's like a parent who is attending to an injured child doesn't love that child more than another. He loves everyone unconditionally. God is giving those of us who are doing well the opportunity to grow spiritually. By reaching down and assisting those less fortunate we are able to grow spiritually because we cannot help to grow in love by helping them.

Here is the problem with what Mr. Beck had to say. The first is that it was taken out of context. What he said was so brash that it was easy for those who might disagree with him to take it and run with it. If you re-read it you will think to yourself that he must be an idiot. The thing is, he was talking about those churches that actually are pushing a political agenda. The second is that Mr. Beck's definition of social justice is a little difference than what we may think. Glenn Beck defines social justice as "Forced redistribution of wealth with a hostility toward individual property rights, under the guise of charity and/or justice." The third mistake was making a comment that would make people think that this is what Catholic social justice is--as one could assume by him using words such as "priest" or "bishop."

The Catholic Church has rejected communism and socialism--they've shown themselves to be atheistic and totalitarian. Likewise, she has rejected "capitalism individualism" because it, in itself, fails social justice (2425-Catechism of the Catholic Church) She recognizes that government isn't going to properly take care of those in need just as the market place isn't. We need to get off our rear, take care of our brothers and sisters, and stop relying others to do it.