Since I'm on a tirade on things that bother me---let me move on to something that does not occur at that small little parish where I grew up and that I had never seen until I came to "the big city."  That would be the holding of hands during the Lord's Prayer.

The priest says, "Let us pray in the words our Savior taught us"  (or something along those lines) and suddenly everyone seems inclined to grab the hands of the person next to them and hold them while reciting the Lord's Prayer.   It surely looks kind of comical in some ways.  You have people stretching out to connect lines.  People's arms are stretched to the limits.  Some people are all contorted as they reach backwards to hold the hands of the person behind them or in front of them.  And then it gets worse and they lift their arms up at the end.

I know I may be sounding like an old curmudgeon.   Surely there are people saying, "But Jamie, it's a sign of unity.  It's a beautiful thing."  Poppy cock.  And while you are at it.  Get off my lawn!! 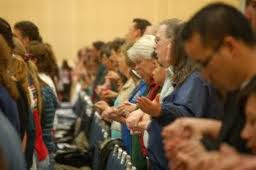 The first reason I don't like it is for the same reason I talked about when I was complaining about with the sign of peace.  I really don't want to hold the hands of the kid who has chocolate all over his hands because his mother, in her infinite wisdom gave her kid sugar during mass and for the last twenty minutes he has been ramming his Matchbox car into the side of my shoe.  (oooppps, were those your fingers I accidentally stepped on, little boy--I'm sorry)   I really don't want to hold his hands.  Especially after seeing him digging for bugers and wiping them underneith the pew!  Not to mention that guy who evidently hasn't seen the doctor for the plague since last week gauging by the continued hacking.  Hasn't he ever learned about the vampire coughing method?

But now, instead of just having to shake their hand, I am forced to hold on to it.  How am I expected to pray when all I can think of is the clammy hand I'm holding.  Or worse, if I'm holding hands of an attractive lady--what will she think of my clammy hands??   Not that I have to worry about that now that I'm married.  Moving on. . .

Don't even get me started on the whole, "how far do I raise my hands for the last part" question.  I mean seriously---how high do I raise them?  Am I supposed to be lifting the kid off the ground?

The next reason I don't like it is because I don't have to do it yet I'm still expected to do it.   No where in the  liturgy does it say, "congregation hold hands while praying the our father."   But have you ever tried to ignore the person next to you?  They can be kind of persistent.  So you clasp your hands together.  They don't take the hint and start shaking their hand around.  Next you put your head down so they can see you are in prayer so they start waving their hands in front of you.  Finally you close your eyes and they have the audacity to start poking you!!  I tell you what.  My wife can be stubborn.

Seriously, can we stop with the silliness?  If you want to put your hands out in prayer then fine.  But don't make me abide by your made up liturgy shenanigans!