How to Please Your Husband 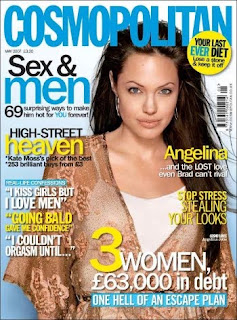 Have you ever been standing in line at the grocery store, checking out the fronts of the magazines and notice the headlines are always the same, "Monkey Boy Escapes Government Enclosure" or "Oprah Loses Weight" or "Oprah Gains Weight" or "Sexiest Man Alive." Then you see the women's magazines such as Cosmopolitan that read, "How to Make Your Man Happy" or "What He Wants In Bed." Well, as a man who has been known to be sarcastic, I've always answered these in my head when I read them in a sarcastic and simplistic thought process. "How to make your man happy?" Give him sex! "What he wants in bed?" A naked woman. Not really too difficult to figure out, huh? Very simplistic I know, but then I tend to have a smart alec comment for everything. I am smart enough to realize that sex and naked women isn't the path to happiness, despite how much some men try. How DO you please your husband? Well, as a husband, I think I can answer that. Here are some tips and advice on how to make your husband happy---of course they all things that my wife does.

I realize that not all of these tips are applicable for everyone. Some guys don't like the physical contact and hugging. Some guys won't do anything unless they are nagged. Sometimes he does stuff that if you don't complain about him you are going to explode. But overall, they are easy thing to do. Nice simple steps because guys are simple creatures. And maybe they will learn by example and return the favor.